All of the text below (probably written in 2008) has been extracted from the old Metfield Stores website which now has a new home on the village website. It tells how the sinking village shop was saved by the community and how it began its transformation into a living, breathing place of social and economic importance to the local economy.

Shut down
When the original shop closed down at the end of 2005, there were fears that Metfield would go the way of its surrounding villages and lose its shop forever. A group of villagers came together with the aim of promoting a community buy-out of the shop, but at a public meeting no consensus could be reached on how to do it.

Rachel saves the day
Then, at the eleventh hour, with the shop building going for auction, local resident Rachel Kellett volunteered to buy the building if the community could put it in order and run it as a community shop. This suggestion was greeted with enthusiasm by a core group in the community including Martin and Ann Wolfe, Caroline Biggins and Bridget Morley, who did much to inspire this project.

‘We couldn’t lose. If the shop didn’t work, we had at least given it a go; if it did work, many options were open. It could continue to run as a community shop or be sold as a sustainable business. In any event, the shop could be saved’, said Rachel.

But Rachel was leaving immediately to spend six months in India, so she entrusted Ann Wolfe, Caroline Biggins and Bridget Morley to act on her behalf. At the time of the auction, Rachel was travelling on a train between Goa and Mumbai listening live to the auction taking place in Beccles on her mobile phone. Just as the auction was reaching its climax, the train entered a tunnel and she lost the connection. It was not until some hours later that she learned she had successfully bought the shop at the guide price of £180,000.

Villagers rally round
In two months the shop was gutted and re-floored, re-ceilinged and rewired, painted inside and out and restocked. Retired builder, Gorden Lee, came out of retirement and whistled his way through stripping out, rebuilding and refitting the shop; people wielding paint brushes turned up; professional sign painters emerged; classy London designers talked colour; and Bridget Morley worked miracles.

The structure
A steering group and two directors, Martin Wolfe and Alan Strevens, worked away behind the scenes, getting the business side of the project up and running, forming a limited company, applying for grants and investigating stock suppliers.

Rachel returns to UK
Six months later, Rachel returned to England on the very day the shop opened its doors and found it had been skilfully transformed.

‘It surprised us all, I think, the diverse skills that existed in the village, and the enormous generosity of so many in this small community of 400 people, who consistently gave both practical and financial help. It is a testament to this generosity of spirit that the shop is open at all’, she said.

Raising the money
The costs of the renovations were met from over £12,000 raised in share capital – from individual villagers buying blocks of £1 shares, £7,000 invested by Rachel as landlord, together with a very welcome grant of £5,000 from the Suffolk Village Shops Group (ViRSA). As well as giving this grant and welcome advice, ViRSA, in the form of Liz Anderson, put Metfield in contact with Rattlesden Community Shop, who donated a free chiller counter – vital for the new delicatessen counter.

Why it works
One of the keys to the success of the shop is the colourful array of 47 volunteers who staff it. They come not only from Metfield but from the environs, working 4–6-hour shifts. Volunteers ask customers for comments and recommendations for produce they need, these are recorded and actioned on the next stock shop, making Metfield Stores an interactive community space.

A dynamic team
Janet Rusted, the first manager of the new Metfield Stores, is the daughter-in-law of Hedley Rusted who ran the last butcher’s shop that existed in the village (closed when Budgens opened in Harleston), and in whose honour the Metfield Frisky sausage has been named. He was a colourful character, well loved and remembered by many in the village. Janet was supported by her partner Peter Twiss (who at that time also co-ordinated and drove the community bus). Peter gave a lot of his time to organise the newspapers and magazines for the Stores.

WE LOVE OUR SHOP

‘People coming in are all enthusiastic about the community element of the shop, asking questions, saying, “Best of luck: we lost our shop and we miss it”.’

‘Once you’ve served behind the counter, shopping for yourself isn’t the same – you notice things you’d never noticed before, not only the price but where it comes from. And you get a till-skill appreciation!’

‘When you live outside the village, it’s stimulating to meet so many different people’.

‘Everyone is so patient, realising that you are not an expert!’ said Barbara Vidion a volunteer.

‘I haven’t been to a supermarket since the shop opened,’ said Suzie Harries, local resident.

‘I shop completely differently now. Instead of making a list of what I think I want, I go to the shop and see what’s there,’ said a local volunteer-cum-shopper.

Optimism high
After the first month of running dynamically, sales substantially exceeded those predicted by ViRSA.

‘If this level of sales continues,’ reported Rachel, ‘it will yield a substantially higher turnover that will comfortably cover operating costs, and hopefully employ more people from the village.’

The Stores has gone from strength to strength since then, becoming the hub of the village and creating a lifeline for many of its volunteers.

Buy a share
This exciting community-run enterprise is still going strong in 2012, but it is financially a bit of struggle from month to month and reserves are not high. If you or anyone you know would like to support Metfield Stores by purchasing shares at £1 each, you can email us, leaving your phone number, and we will get back to you as soon as possible. 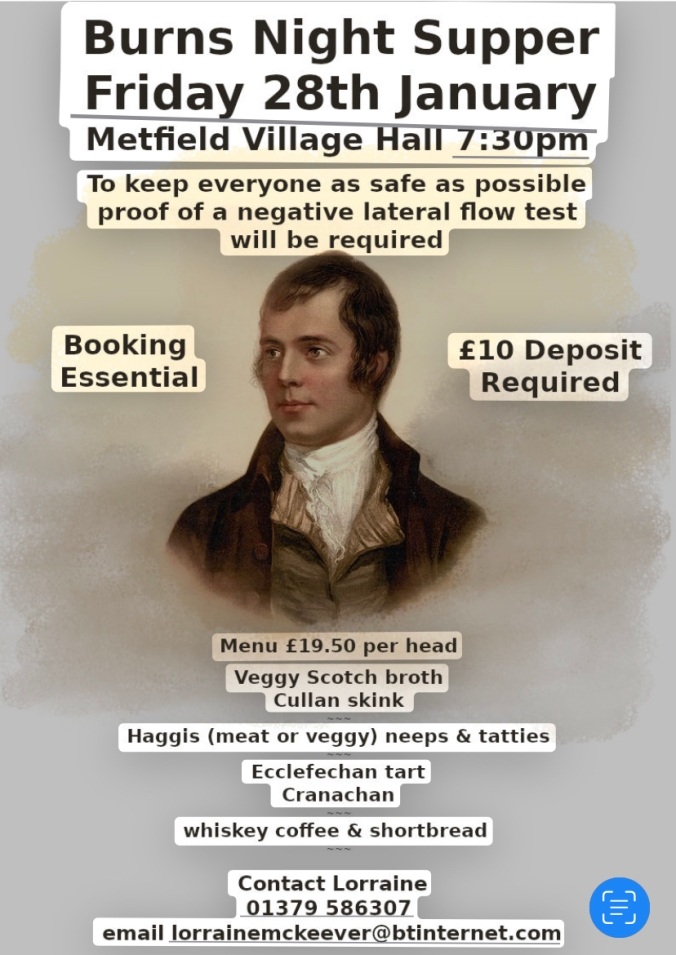 LOCAL DIRECTORY: For local businesses and services, health, yoga classes and where to stay, click HERE.

Waveney Food Bank donations can be left in collection box at: